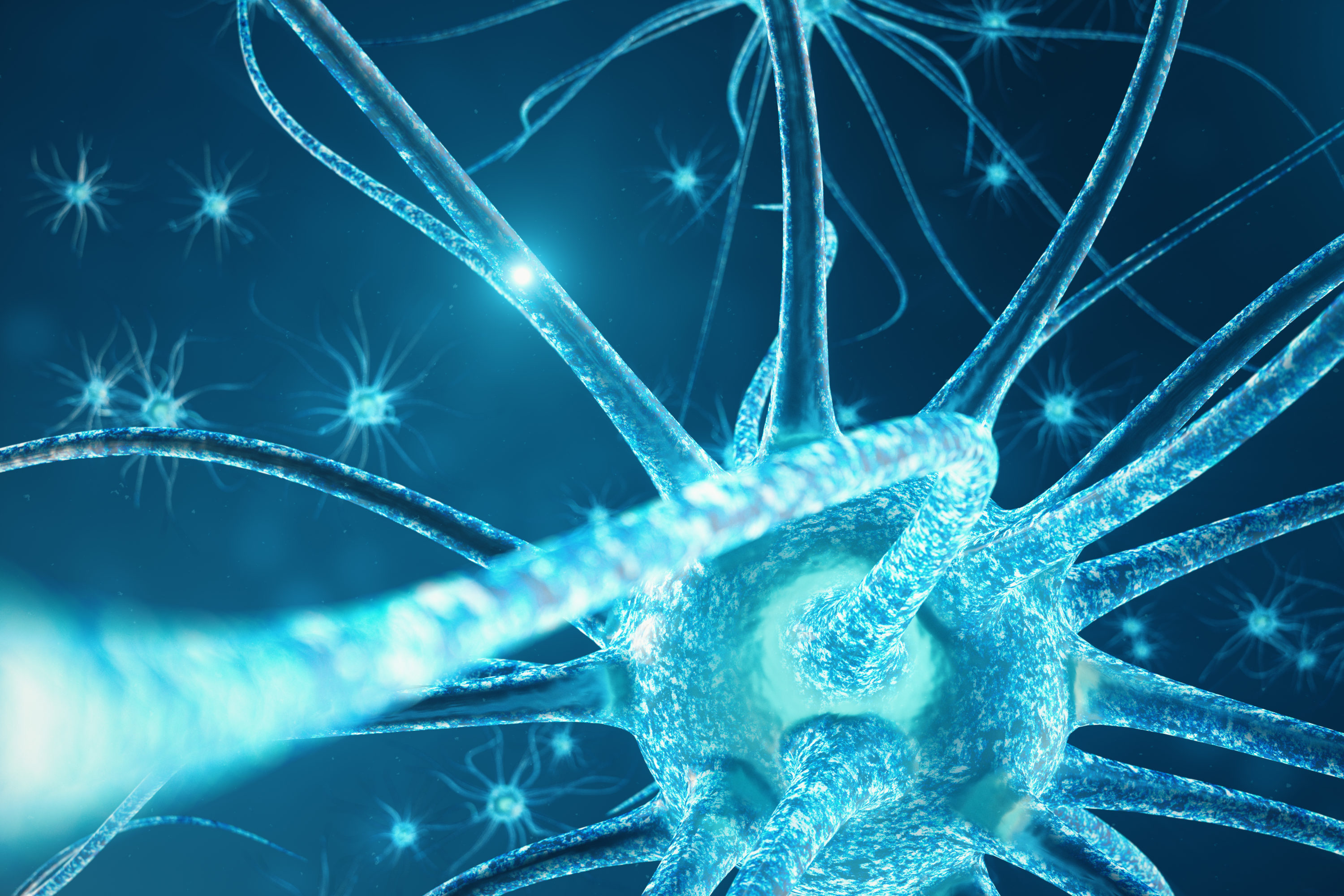 Hormones are powerful substances. They pack a big wallop considering the tiny
amounts that are produced by the endocrine glands. Most hormones such as estrogen,
progesterone, testosterone, insulin and melatonin are made in parts per billion or parts
per trillion. Even small hormonal fluctuations can create major physiological changes.
As profound orchestrators of all of life’s processes, maintaining hormonal balance is
imperative for optimum health. When delicate hormonal balance and rhythms are
altered, the body’s ability to regulate fundamental systems goes haywire.

Hormones are powerful substances. They pack a big wallop considering the tiny
amounts that are produced by the endocrine glands. Most hormones such as estrogen,
progesterone, testosterone, insulin and melatonin are made in parts per billion or parts
per trillion. Even small hormonal fluctuations can create major physiological changes.
As profound orchestrators of all of life’s processes, maintaining hormonal balance is
imperative for optimum health. When delicate hormonal balance and rhythms are
altered, the body’s ability to regulate fundamental systems goes haywire.

Our modern lifestyle poses many threats to optimal endocrine function. Stress,
toxicity, poor quality food, lack of sleep, pharmaceutical medications are all known
hormone disruptors. However, there is one particular kind of hormone disruptor
that is often the most overlooked – electromagnetic energy fields generated from cell
phones and a variety electrical sources and devices.

Electromagnetic Fields – The 21st Century Smog
Modern physics has confirmed what eastern philosophy has been based upon for
thousands of years – the human body is fundamentally a coherent, highly sensitive
electrical system – emanating its own electromagnetic field, known as a biofield.
All physical matter, including the earth itself, radiates electromagnetic energy.
The electromagnetic frequencies (EMF) found within the natural world are harmonious
with and supportive of life.
On the other hand, artificially created EMFs are 100-200 million times greater than
what existed just two generations ago. Every minute of every day, whether we are
awake or asleep, we are exposed to a constant barrage of man-made electromagnetic
frequencies.
Constant interference with our natural energy fields from external sources of EMFs
can eventually damage our own fields resulting in many physiological imbalances, most
notable the hardening of the cell membrane. When this happens waste products can’t
get out and nutrients can’t get in. This leads to free radical damage that alters the DNA
and causes cell mutation. Such serious imbalances will also adversely impact hormone
production and neurological processes.
This massive infusion of artificial energy overwhelms the system and leads to more
rapid aging, elevated blood glucose levels, elevated lipid levels, high blood pressure,
increased neuro-regulatory disturbances, and compromises the central nervous,
cardiovascular and immune systems.

Melatonin, Breast Cancer and EMFs
Perhaps, one of the most serious consequences of EMFs exposure is its effects
on our hormonal systems.
The pineal gland is a light sensitive gland about the size of a pea located deep within
the center of the brain. Once dismissed as a useless gland, it is now considered to be,
perhaps, the most important gland in the body. The pineal gland produces the hormone,
melatonin.
Researchers are increasingly surprised at the extent of the physiological processes
that are either controlled or influenced by melatonin: it regulates our circadian
rhythms governing our waking/sleep cycle and it is one of the most efficient destroyers
of free radicals thereby allowing DNA synthesis and cell division to occur. Melatonin
not only inhibits the release of estrogen but also actually suppresses the development
of breast cancer. Melatonin’s other anticancer property is its ability to increase the
cytotoxicity of the immune system’s killer lymphocytes. It is even is able to enhance the
immune system and counteract stress-induced immunosuppression.
In 2001, Masami Ishido at Japan’s National Institute for Environmental Studies showed
that breast cancer cells treated with melatonin would resume growing when exposed to
power-frequency EMFs. He found that magnetic fields disrupt the cells’ signaling system –
their internal communications network, which determines how they respond to their
environment. This mechanism has helped to explain why reduced melatonin levels from
EMFs has shown to cause a number of cancers including breast cancer, prostate cancer,
melanoma and ovarian malignancies.
It now known that melatonin suppression occurs at frequencies not far above those of
the common household ranges of 50-60 hertz. If we sleep next to a cordless phone
base station and/or digital clock or we have faulty electrical wiring, enough continuous
EMF exposures are emitted to suppress nighttime melatonin production.
The connection between breast cancer and EMFs continues to strengthen. Dr. Patricia
Coogan at the Boston University of Public Health reported a 43 percent increased risk
in women with a high likelihood of occupational exposure to magnetic fields such as those
given off by mainframe computers. In fact, women who work in electrical jobs,
including electricians, telephone installers, power line workers and electrical engineers
have a greater risk of dying from breast cancer. This increased incidence has been
directly linked to the suppression of melatonin from EMFs.
It’s not just women that should be concerned about EMFs’ causal link to breast cancer.
In five studies, elevated EMFs have been implicated in an increased incidence of male
breast cancer. Men who worked as telephone linemen, in switching stations, in the
utilities industry were found to have as much as a six-fold increase in breast cancer.

More Hormone Disruption
Experimental physiologist, Charles Graham’s research found that magnetic fields
had an effect on two other hormones; they increased estrogen levels and reduced
testosterone, a risk factor for testicular and prostate cancer. He also believes that
EMFs may actually fit the definition of an endocrine disrupter better than many
hormone mimicking environmental pollutants because magnetic fields appear to
elicit their effects by acting on and through hormones, rather than as hormones.
Tamoxifen, the most popular drug given to prevent recurrence of breast cancer,
lost its ability to halt the proliferation of cancer cells when exposed to EMFs.
The level of EMFs which produced this effect (12mG) is found in common sources
such as a hairdryer, vacuum cleaner, or appliances with large motors such as
refrigerators
Neurotransmitters, special class of hormones, include serotonin and dopamine.
Neurotransmitters play a major role in moods especially depression. Evidence
has now shown a connection with altered serotonin and dopamine levels with
EMF exposure.
EMFs also increase the levels of adrenaline, the flight or fight hormone, released
from the adrenals glands B. Blake Levitt, author of Electrical Fields states that,
“Prolonged chronic stress is detrimental to every anatomical system, including the
reproductive one. Subliminal stress may effect fertility and elevate blood pressure,
which can lead to heart disease and strokes, as well as suppress immune functions.
even short EMF exposures, like the use of a cordless phone on and off throughout
the day, could cause spikes in such hormone levels. “

What About Cell Phones?
Cell phones create a double whammy to our body. The microwave energy which
radiates in a circular plume about 6-8 inches from the cell phone’s antenna,
penetrates directly into our brain breaking down the protective blood brain barrier,
causing DNA damage, free radical production and even brain tumors. Since the
master glands, of the body are located in our brain, massive disturbances to the
hormonal signaling capacities may be generated from continual cell phone use.
Then there’s the electrical circuitry from cell phones, which generates a competing
energy, which interferes with one’s own biofield, or energy field. This kind of
pervasive, or ambient EMF compromises many physiological processes. When a
cell phone is clipped onto the belt or kept in a pant pocket, this ambient field most
powerfully affects the tissues and organs it is closest to, particularly in the pelvic area.
One study has already shown a 3o% reduction in sperm count of mobile phone users.
As more women clip their cell phone to their belts, female reproductive organs may
also be at risk
A word of caution also needs to be mentioned about the dangers caused by ambient
radiation from headsets. It is now acknowledged that headsets, far from being protective,
can actually increase radiation exposure into the brain by as much as 300 percent.
Bluetooth technology is especially dangerous.

Solutions – One, Two, Three
Protection from EMFs, whatever the source may be involves a three-tiered approach.
Ideally all three layers of prevention should be utilized.
The primary intervention is to reduce exposure as much as possible. One excellent
alternative is to use a safe, hollow air-tube headset.
The secondary intervention is to minimize the effect of radiation. BioPro Technology
is company with proprietary proven technologies to address EMF pollution. One such
solution, the BioPro Harmonization chip, effectively “harmonizes” the stressful EMFs
from cell phones. The QLink pendant is also recommended to balance one’s biofield.
The third intervention is directed at strengthening the body systems. This is where a
healthy, organic diet and balanced lifestyle is imperative. In addition, antioxidant
supplements improve the immune system and fight against free radical damage.
Some of the most effective include melatonin, N-Acetylcysteine (NAC), SAMe,
lipoic acid, green tea, lycopene, coenzyme Q10, acetyl-L-carnitine, selenium and
vitamins A, C and E.
Ginkgo biloba is the first supplement to be tested against cell phone radiation.
Pretreatment with this brain-protective supplement reversed cell phone-induced
oxidative stress and depletion of antioxidant enzymes in rodents. Resveratrol and
grape seed extract both protect against the type of oxidative stress induced by cell phones.
Love them or hate them cell phones and the ever expanding and intrusive EMF
world is here to stay. The responsibility lies with each one of us to take the
proactive steps that will protect us, our family and future generations.